At the commencement of the class, mentor Michael Leicht discussed aspects and impacts of technology. He talked about how technology has developed in many different industries and showed examples. Then, he gave a scenario in which a company could choose to purchase a large supply of cheap machines or they could choose to purchase a small supply of expensive machines. While the latter option was expensive, it was bound to produce more product at a higher quality with less flaws than the first option. So while the initial cost was high, the outcome would provide

greater profit. The message that was conveyed through this was that technology is always evolving to meet the needs of the people. As technology develops, it gives companies the ability to input their ideas and make them a possibility.

The attendees soon learned that as technology improved, there was less need for the large workforce that many corporations relied upon. Now, an advanced machine could do the work of a person or another older machine. With a few people to program and to keep maintenance, there was less of a need to employ many people. A machine would never have to miss any day at work the way a human worker would. This led to the session shifting to the concept of the advantages and disadvantages of technology and its rapid development.

As mentioned earlier, as machines continue to be improved upon, there is less of a need to keep a large workforce. This leads to many people being laid off of their jobs. An advantage of this however is the decreased cost in wages. This allows for a company to use that additional capital to invest on other projects. Also, the improvement in technology has allowed for for many jobs to return to the United States from foreign nations as it has created roles in programming and research.

The class ended with Leicht talking about how it is our responsibility to use technology in the most appropriate, yet effective way. Using technology to improve our lives in the different aspects is important, but he ended off with saying that there is a limit for everything. Interacting with people, and doing work together is just as important as checking social media.

After Leicht’s lecture, attendees were split up into groups and instructed to make an assembly on a large piece of cardboard with popsicle sticks, skewers, hot glue, paper, and straws that would keep a ping-pong (or lacrosse) ball 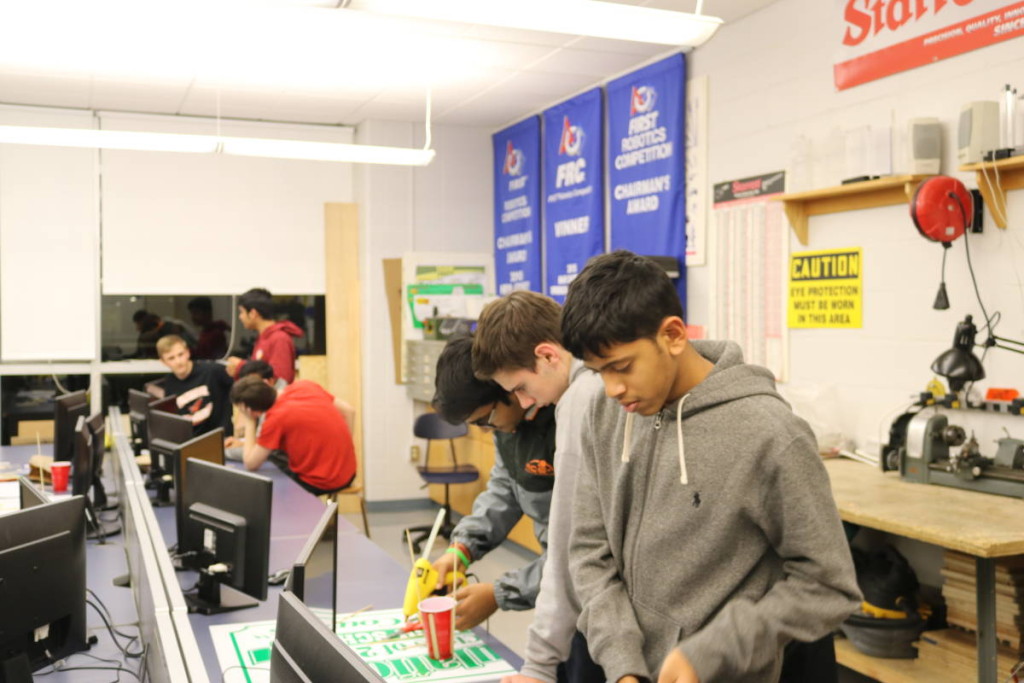 rolling above the ground for as long as possible before falling into a cup. The ball was not allowed to touch the ground, and for a time members of a group were only allowed to use one arm. Most designs either kept the ball up for less than two seconds or didn’t work at all. The most successful design, which kept the ball rolling for nine seconds, was a horizontal track made entirely out of straws that were glued to the cardboard; it only worked once.