This Cougar Class, we had a different mentor lead the event. Mr. Murthy, one of the parents of a prominent member, gave a presentation about how to advertise a product to consumers and investors. He talked about a process that consisted of several steps called PCAN. This acronym represents several parts, including problem, the cause of the problem, answer, and net benefits. The problem was the issue th 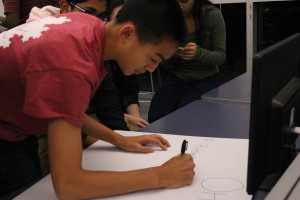 at the product was attempting to solve. If the problem was shown as alarming, the investors would be more willing to invest. Secondly, it is important to address the cause of the problem. The product should be aimed to solve the cause, which leads to the next part, the answer. The answer should be an in-depth description of the product and what it does, including how it works. Net benefit means convincing the investors that the product would benefit society as well as convincing them that their mone 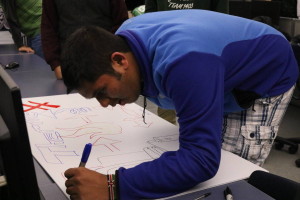 y would be repaid. It should include specific reasons that this product. After the presentation, we were sent to complete an objective that related to this lesson.

The objective was similar to Shark Tank, in which the teams had to design a product and make a convincing pitch to the Sharks. The Sharks had a criteria that judged certain points such as creativity and how well the groups utilized the PCAN strategy. Each team was then given a piece of poster board and several markers to design the presentation board. 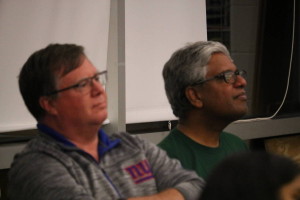 The first team to present came up with the idea of The Forever Tire, a sponge filled tire that would take longer to wear down. Team two had The Giving Cup, a cup that would turn tablets of hydrogen into water. Team three had created a deer whistle called Oh, Deer!, that would be placed on a car and make a whistle that was only heard by deer and not by humans. Team four created glasses with more flexible frames. Team six created a pillow with a built-in alarm that wakes a person up whereas team seven created a machine that takes heat from surroundings and redirects it to where it’s needed most. The winning team, Team 5, created Canned Bread, “The best thing since sliced bread!”. Canned bread was created so that people who wanted bread could easily carry it. It came in a resealable container and didn’t spoil as quickly as fresh bread. The winning team was awarded for their innovative solution and engaging presentation.

At the conclusion of the final Cougar Class, the student who won the most Cougar Classes, Karina Z., received a $100 gift card for her outstanding effort at all 5 Cougar Classes. The meeting was then concluded, and students left with a deeper understanding of entrepreneurship and problem solving, which are essential skills for all types of leaders.