This cougar class consisted of a presentation as well as a competition. The presenter was Rachael Werner, an engineer fo 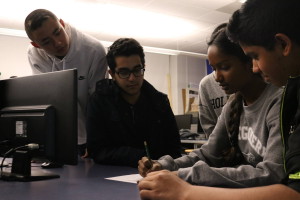 r Siemens, and she talked about how to communicate effectively.  She provided her audience with several examples and tricks to relate and leave a good impression on the people around you, regardless of the environment. Thus, she taught the member of Team 1403 a crucial skill that will be useful in all forms of jobs.

The teams had to do a series of memory tasks (such as recalling a list of objects flashed on the screen) between talking points. This tied into some of Rachael’s most important claims, such as how to remember people’s names. 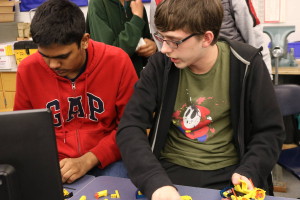 Teams competed to create the best concept using legos to present a rescue vehicle. They had about an hour to do research, flesh out their vehicle’s features, do work on the prototype, and come up with good selling points to use in their Shark-Tank-style presentation. Ideas were limited by cost, practical concern, and the Lego pieces that were available to each team. 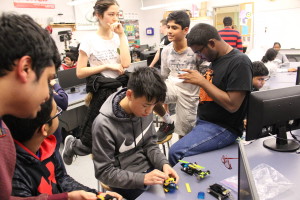 As broad as the term “rescue vehicle” is, all of the concepts seemed to have a common feature. All but two were fitted for both land and sea, and several could go airborne as well. Among the concepts presented were a combination car-boat-helicopter that fit the road regulations, a rescue boat that used polar bears to sniff out stranded people and animals, and an AI-controlled buggy that would roam autonomously across the desert and rescue lost travelers. The victor was a submarine that had the ability to adapt itself to fly or drive. The main reason this team was how effectively they presented their information. They provided the judges with clear statistics and information, that allowed them to have a very clear understanding of what the vehicle would do.