Our 2013 robot is built for the game Ultimate Ascent. It throws and picks up flying discs, and climbs the pyramid at the end of the game. 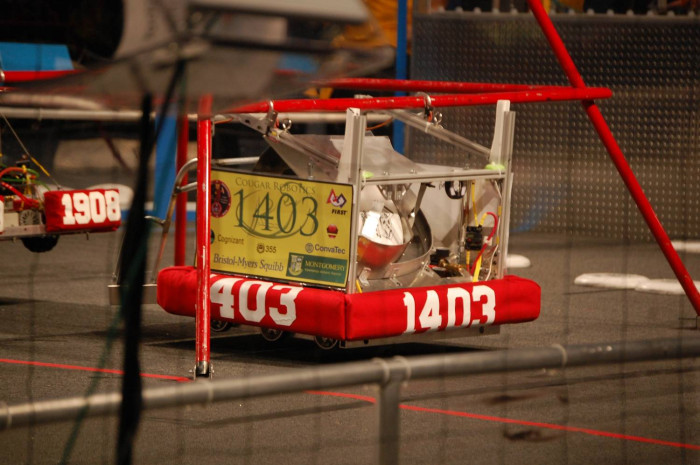 The physical abilities of a robot are nothing without the instructions and software supplied to its microprocessor. Our the best case scenarios are realized, the worst case offset thanks to the foresight and planning of our programming subteam.

A Switch to C++. This year, our programming team took the leap and switched from VisualLab to C++ as the language of choice. While VisualLab proved a productive and powerful paradigm in the past, many of our mentors had much more experience in C++.

A Five-Disc Autonomous. One of the most important periods in the game is autonomous. With the Bobcat, we consistently score five discs during autonomous, usually scoring around 30 points for our alliance before the drive team even touches the controller. How? Not only does our robot shoot the discs with which it’s preloaded, but it also picks up two discs from underneath the pyramid, basically placing the discs into the three-point goal.

Code Quality. Reliable code depends on simplicity. Our robot’s code follows some of the most well-tested and widely-used principles of code quality, including SOLID and exuberant documentation. 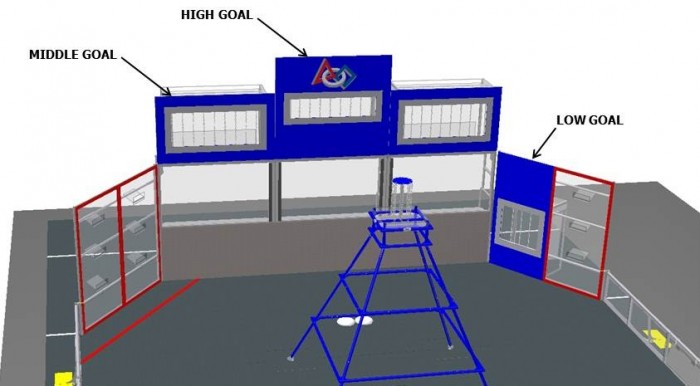 In Ultimate Ascent, robots try to score by shooting flying disks into goals at the end of the field. There are four goal levels in this game. The low, middle, and high goals are worth 1, 2, and 3 points, respectively. The pyramid goal is worth 5 points, but only when attempted with the same-colored disc. At the end of the round, the teams can score endgame points by climbing the pyramid. Climbing to the low, middle, or high rung of the pyramid earns the team 10, 20, and 30 points respectively.